LoRaWAN is a media-access-control protocol that, like Wi-Fi or Bluetooth, connects wireless devices to online applications. LoRaWAN establishes a long-range, energy-efficient connection between wireless devices, which makes it an ideal networking solution for wide area networks (WANs). 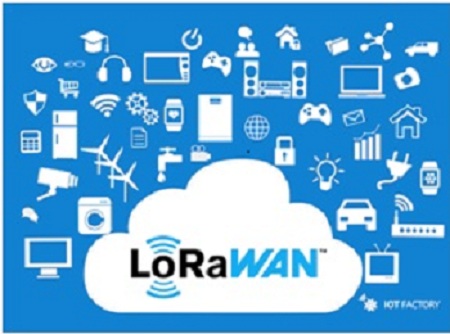 The LoRaWAN protocol builds on patented long-range (LoRa) wireless data communication technology, as well as the frequency-shift keying (FSK) modulation scheme. The LoRa Alliance maintains a database of regional LoRaWAN specifications, which developers can use to build compliant devices.

LoRaWAN Supports the Internet of Things

LoRaWAN connects remote devices like smoke alarms, humidity gauges, vehicle trackers, and motion sensors to the network of wireless devices called the internet of things (IoT). IoT devices transmit data to, typically, an Android or iOS application over a wireless network like LoRa. For a full list of devices that use the LoRaWAN protocol, see the LoRa Alliance website.

LoRaWAN transmits online data over low-frequency radio bands on the unlicensed radio spectrum. There are two big advantages to using these frequency bands:

Anyone can use the unlicensed radio spectrum without a license, so manufacturers who use LoRaWAN don’t need to pay countries for transmission rights.

LoRaWAN supports long-range transmissions without draining the battery life of wireless devices. There are three classes of LoRaWAN (class A, class B, and class C), each of which has a different method of transmitting data and a different level of energy efficiency: 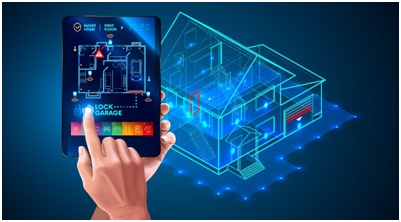 - Class C LoRaWAN devices send uplink messages from the device to the server as needed and keep the receive windows open at all other times. Because the server can respond to the device at any time, the lag time is lower for class C devices. The energy efficiency of these devices is, however, lower than class A LoRaWAN and class B LoRaWAN.

Many developers see LoRa as the future of wireless networks, since it plays an essential role in connecting very remote devices in the growing IoT. When it comes to long-range wireless networking, LoRa has several advantages over the more common Wi-Fi standard:

- Because it uses a lower radio frequency, LoRaWAN can transmit data much further than Wi-Fi. In rural areas with minimal interference, LoRaWAN can send data between devices that are more than 6 miles away from each other. Compare that to Wi-Fi, which uses the 2.4 GHz and 5 GHz frequency bands and has a typical range of about 150 feet.

While there is huge potential for the LoRaWAN protocol, it couldn’t–in its current form–replace Wi-Fi completely. LoRaWAN has very limited bandwidth, which means it can’t reasonably support internet browsing on smartphones, tablets, or computers. Wi-Fi is a far better solution for devices, like these, that people use to stream music, stream video, or game.