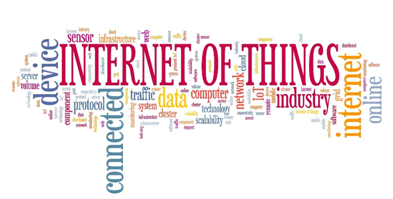 The Internet of Things (IoT) is the network of wireless devices–including phones, laptops, sensors, locks, and virtual reality–that connect to the internet over wireless protocols. As more devices join the IoT, the traffic over protocols like 4G LTE is increasing exponentially. Ericsson predicts that, between 2018 and 2023, mobile data traffic will increase 8000% .

While many IoT devices connect to the internet on familiar protocols like 4G LTE and WiFi, manufacturers have begun to produce products that connect using protocols designed specifically for the needs of the IoT. These protocols include Zigbee, Z-Wave, LoRaWAN, and LTE-M, which are all long-range alternatives that consume less battery life than 4G LTE or WiFi.

Let’s take a closer look at the ways these wireless protocols differ from each other: 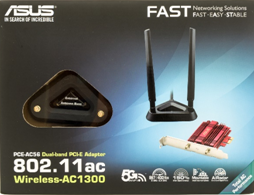 To meet the specifications set by the IEEE, WiFi 802.11ac must have a multi-station throughput of at least 1 Gbps and single-link throughput of at least 500 Mbps. To reach faster speeds, the standard uses a wide RF bandwidth (sometimes up to 160 MHz), up to eight multiple-input and multiple-output (MIMO) spatial streams, multi-user MIMO, and high-density modulation.

As with other wireless protocols, the the configuration of the wireless network significantly affects the speed of the throughputs. For example, a WiFi WLAN that uses an eight-antenna AP with four 2-antenna STAs and 160 MHz MU-MIMO will support download speeds of up to 7 Gbps. Most WiFi WLANs, however, never exceed a download speed of 100 Mbps.

ZigBee is a sub-GHz mesh WLAN protocol that connects wireless devices to online applications and to each other. Like WiFi, ZigBee establishes relatively short-range connection between wireless devices. Unlike WiFi, ZigBee has a short bandwidth range and low throughputs, which means devices connected to Zigbee have a much longer battery life than those connected to WiFi.

In mesh WLANs, every device in the network can interact with every other device in the network. These machine-to-machine networks are more efficient and stronger than traditional WLANs. Each device in a mesh networks acts like a wireless router, even performing tasks such as initiating routing with other active devices and talking to end devices. 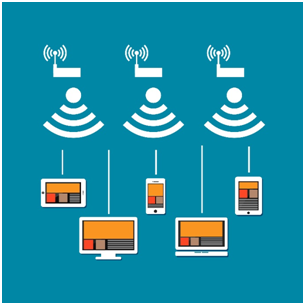 Z-Wave establishes relatively short-range connections, transmitting small data packets at speeds of up to 100 Kbps. These slow throughput speeds are only suitable for control and sensor applications, which don’t use much data. The maximum range between two nodes using Z-Wave is less than 100 feet, though Z-Wave has the message ability to hop up to four times between nodes, which boosts its total range up to about 300 feet.

As with other IoT protocols, the the IoT device itself significantly affects the network’s power consumption and, therefore, the battery life of the device. For example, while Z-Wave devices have a theoretical battery life of up to 10 years.

The LoRaWAN protocol builds on patented long-range (LoRa) wireless data communication technology, as well as the frequency-shift keying (FSK) modulation scheme. The LoRa Alliance maintains a database of regional LoRaWAN specifications, which developers can use to build compliant devices.

LoRaWAN transmits online data over low-frequency radio bands on the unlicensed radio spectrum. There are two big advantages to using these frequency bands:

LTE-M is a low power wide area network (LPWAN) standard that, like the other IoT standards, lets devices talk to online applications and to each other. The standard, which was developed by the 3rd Generation Partnership Project (3GPP) standards body, has the potential to eventually be used for both machine-to-machine and Internet of Things applications.

LTE-M is the first cellular wireless protocol designed for the specific needs of IoT devices (i.e. high range and battery life). The biggest advantage of LTE-M over other wireless protocols like Zigbee, Z-Wave, and LoRaWAN is that LTE-M could be deployed in long-range cellular towers alongside 3G, 4G LTE or, eventually, 5G NR.

Today, some mobile gateways use more than one wireless protocol. Chandler Blake of EvdodepotUSA explains that these are “a new generation of gateways that are able to support multiple communication protocols from a single device. These new gateways will allow you to use any combination of Z-Wave, Zigbee, LoRa, and WiFi smart devices manufactured by different companies around your home, and control them from a single app.”

These gateways overcome some of the issues that arise when IoT products use different wireless communications standards and seamlessly integrate different IoT networks. “Since compatibility across manufacturers and communication protocols has been one of the main issues holding back widespread usage, eliminating this barrier is a huge leap forward,” says Blake.
ORDER NOW